Roughy is a story of perspective from a Hawthorn legend - much more than a footballer's tale.

A country boy who grew up watching his old man play local footy in Leongatha, Jarryd Roughead's talent and dedication turned him into an AFL star. Lining up alongside some of the greatest to ever play the game, he was a key player in a Hawthorn team that will live on as one of the best of any era.

In 2015, when a melanoma was found on his bottom lip, it seemed like only a small setback. The spot was removed and, soon after, Jarryd was back on the ground, helping the Hawks secure their famous three-peat - his fourth premiership. He was newly married, planning a family, and life seemed carefree. Then, during a routine check-up in 2016, a scan showed the melanoma had moved into his lungs. He had cancer.

Jarryd was one of the first to receive an immunotherapy treatment that is now saving lives around the world - and ultimately saved his. But the side effects were brutal. Endless days and nights of agony, including nerve damage to his feet that threatened any possible return to footy.

What saw Jarryd through was the same resilience, drive and positivity that had turned him into an elite footballer in the first place. Not only did he return to play AFL, he was named captain of Hawthorn. A one-club man, Roughy retired as a legend and an inspiration.

One of the AFL's cult heroes, Jarryd Roughead carved a place amongst the competition's elite as an athletic forward blessed with excellent agility and strong hands. A talented junior basketballer good enough to contest several underage national championships, Roughead began to concentrate on football at 15 with immediate results. He gained a place in the AIS-AFL Academy in 2003 after an excellent National Bank's AFL Under 16 Championships and gained senior experience by playing for Leongatha in the Gippsland Latrobe Football League during his final junior year.

With 40-plus goals during the 2004 TAC Cup season with Gippsland Power, Jarryd underlined his versatility and was taken by Hawthorn with pick 2 at the 2004 AFL Draft. A return of 16 games in his debut season, capped by a nomination for the NAB Rising Star, was a superb result for both Roughead and the Hawks. After a solid year in 2006, Hawthorn swung the left footer forward in 2007 with immediate success, kicking 40 goals and announcing himself as a player of the future.

Roughead missed the first half of the 2016 season with a posterior cruciate ligament injury to his knee. In May, he received news a melanoma on his lip had spread and he stepped away from football to receive treatment. Late in 2016, Jarryd received positive news and the all-clear from doctors following months of immunotherapy, and was looking to return to footy early in the 2017 season. He successfully did so, being named captain for the upcoming campaign. Roughead played 22 games, including his 250th game for the club. Roughead called an end to a illustrious career in 2019, playing 8 games and kicking 15 goals. He will be remembered as a Hawthorn legend and huge part of their most decorated period in club history. However, with an endearing demeanour and a typically country character, Roughead has remained grounded throughout his AFL success. 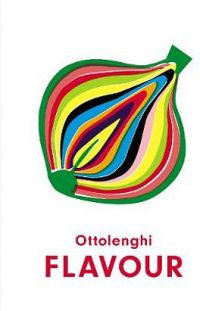