The bestselling novel that has taken Australia, and the world, by storm. Winner of a record four Australian Book Industry Awards in 2019, including including the prestigious Book of the Year Award, winner of the MUD Literary Prize 2019, winner of the UTS Glenda Adams Award for New Writing at the NSW Premier's Literary Awards and Book of the Year at the 2019 Indie Book Awards.

Brisbane, 1983: A lost father, a mute brother, a mum in jail, a heroin dealer for a stepfather and a notorious crim for a babysitter. It's not as if Eli's life isn't complicated enough already. He's just trying to follow his heart, learning what it takes to be a good man, but life just keeps throwing obstacles in the way - not least of which is Tytus Broz, legendary Brisbane drug dealer.

But Eli's life is about to get a whole lot more serious. He's about to fall in love. And, oh yeah, he has to break into Boggo Road Gaol on Christmas Day, to save his mum.

A story of brotherhood, true love and the most unlikely of friendships, Boy Swallows Universe will be the most heartbreaking, joyous and exhilarating novel you will read all year - an instant Australian classic.

In Boy Swallows Universe, Walkley-winning journalist Trent Dalton bends his own horrific story of a chaotic youth in the heroin-drenched suburbs that Brisbane forgot into a bright and brilliant phantasmagoria - an instant classic of Australian storytelling.

Eli Bell has unfortunate circumstances. His brother is mute, his dad is drunk, his mum is headed for jail, his step-dad deals heroin, his babysitter is a convicted murderer and his only friend seems to be his pen pal who's in prison. When he tries to improve these circumstances, things go from bad to horrific and suddenly this novel opens up a whole universe on the page. To try and describe what I mean by all this could spoil the delights of this book. You need to witness it for yourself.

Read Boy Swallows Universe and Eli Bell will take you him on his unfathomable journey - his coming-of-age meets survival story - one that will defy logic and utterly astonish you. It's exhilarating, funny, heartbreaking, horrifying and all-throughout uncompromising. It's a book without comparison that Australia, and the world, will fall in love with.

Trent Dalton writes for the award-winning The Weekend Australian Magazine. A former assistant editor of The Courier-Mail, he has won a Walkley, been a four-time winner of the national News Awards Feature Journalist of the Year Award, and was named Queensland Journalist of the Year at the 2011 Clarion Awards for excellence in Queensland media. His writing includes several short and feature-length film screenplays.

His latest feature film screenplay, Home, is a love story inspired by his non-fiction collection Detours: Stories from the Street (2011), the culmination of three months immersed in Brisbane's homeless community, the proceeds of which went back to the 20 people featured within its pages. His journalism has twice been nominated for a United Nations of Australia Media Peace Award, and his debut novel Boy Swallows Universe was published in 2018. 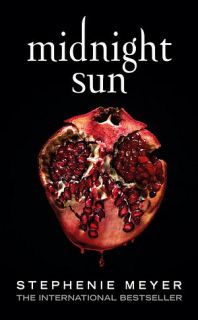 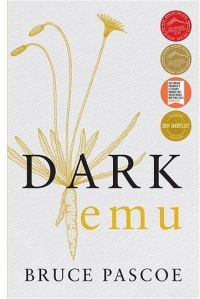