Gary Ablett: An autobiography celebrates AFL legend Gary Ablett's stellar career. Reliving key moments and events in his life, this memoir not only explores Gary's great success at the very top of the AFL, but also his journey to get there.

Drafted in 2001, Gary's incredible career has spanned two great clubs, two Grand Finals and two Brownlow medals among many other accolades. In his book, Gary takes readers through the trials and triumphs of his life: his close bonds with his family; his famous father Gary Ablett Senior's influence on his life; joining Geelong Football Club along with his brother Nathan; becoming a star player and the pressure that brings from the media; taking on new challenges when he left his home town to join the newly minted Suns football team on the Gold Coast; becoming a captain and leading the Suns; dealing with injury and the pressure that you come under then; the joy of returning home to Geelong Football Club even though it was accompanied by a tragic family event; settling back in Victoria with his wife Jordan and baby Levi and a future that will no doubt always have football somewhere in it.

Illustrated with many never-before-seen photographs from private collections, and including contributions from Joel Selwood, Mark Thompson, Gary's mum, Sue, and Gary Ablett Snr, this book is packed with images and stories that will bring the book to life and remind the reader of the many great moments in Gary's career.

From childhood to his zenith as a player, Gary's story will be a book to read and re-read about a player without equal.

The son of Australian Football Hall of Fame member and former Geelong player Gary Ablett Sr., Gary Ablett Junior was drafted to Geelong under the father-son rule in the 2001 AFL draft. He made his debut in 2002 and has since become recognised as one of the all-time great VFL/AFL midfielders.

Regarded by many as the greatest player of the modern era, Ablett is a dual premiership player, a dual NAB Cup winner, a dual Brownlow Medallist, a record five-time recipient of the Leigh Matthews Trophy as the AFL Players Association's Most Valuable Player, a three-time recipient of the AFL Coaches Association 'Champion Player of the Year' award, and an eight-time All-Australian. He was also a two-time Carji Greeves Medallist, is a life member of Geelong FC, and had been inducted into the Geelong's Hall of Fame.

Ablett became the inaugural captain of the Gold Coast Football Club in 2011, and held the role until the end of the 2016 season. He is a four-time winner of the Gold Coast Suns Club Champion award, receiving the first three editions of the award and again in 2017. He won the club's first and only Brownlow Medal in 2013.

Returning to the Geelong Football Club in 2018, Ablett played his 350th career game in July 2020. 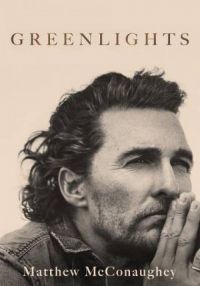